Sir Zhangpo is one of the lieutenants in the Knights of the Seal, and is a character in Drakengard 2. He is a guardian of the District of Soul Flame.

Spoiler warning: Plot and/or ending details follow.
Nowe and Eris fight to help Zhangpo during an assault on the District of Soul Flame, and battle monsters and rebels in the caverns there. However, Manah, a mysterious figure who rallies the disheveled martyrs who once were the remnants of the Empire, destroys the key on the Flame Dais and kills Zhangpo in a short battle, after mocking him for not being able to eat.
Spoilers end here.

Zhangpo is a glutton, and once delighted in nothing more than eating. When he was younger, he was physically very weak, and to this end he focused virtually all his attention and spent the majority of his time feasting in the hope that he would grow strong. However, when he was presented with a Pact, from a creature called Ifrit, he was given the opportunity to become strong, though the price of the pact was that he would never be able to eat again, and he is now always hungry and selfish because of it. He is also easily angered by anybody who mentions food in his presence. 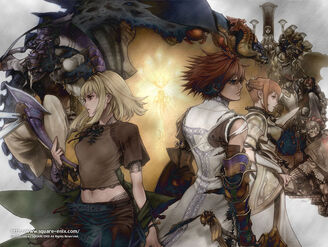 Zhangpo with the Drakengard 2 cast 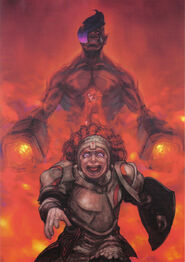 Concept art of Zhangpo's facial expressions.
Add a photo to this gallery 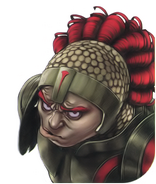 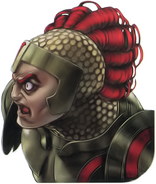 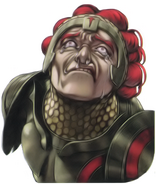 Retrieved from "https://drakengard.fandom.com/wiki/Zhangpo?oldid=18799"
Community content is available under CC-BY-SA unless otherwise noted.