Ruler of Land of Sands

Her lover, sisters, the citizens of her land and children.

Two is one of the antagonists of Drakengard 3 who governs the Land of Sands. She is the third Intoner and is considered to be the liveliest of the sisters.

Her disciple is Cent, a dashing young man who truly loves Two with all his heart. The Daemons she summons are two ethereal water-based armored giants called Egregori and a giant spider by the name of Raphael. Two has incredible strength which grows every day. Though she is very careful not to hurt anyone, her powers slowly grow beyond her control.

In the prequel manga, Drag-On Dragoon Utahime Five, she is one of the protagonists alongside her sisters.

See also: Two's Novella and Memories of the Intoners

Together with the other Intoners, with the exception of Zero, Two sought to bring peace to the land.

As the Intoners travel towards the Land of Sands with their wagon, they run into an old lady sitting by a tree. Two offers her flowers, prompting One to mention her inappropriateness. The old lady thanks Two for the flowers and the Intoners introduce themselves. Following their introductions, the group mentions to the old lady that they are heading to the Land of Sands by themselves. Concerned, the old lady calls to them but with no avail as they continue their journey.

Having arrived at their destination, the group encounters a young woman arguing with guards about her child. The guards deny her entrance, telling her that her efforts are useless. The Intoners intervene and Two summons Egregori to demolish the castle gates.

After entering the castle, they enter a group of soldiers, ready to kill them. Three uses the power of song to manipulate and subjugate the soldiers with strings, leaving them incapacitated. As the group goes in deeper throughout the castle, they discover a scale model of the world and dolls. Two is fascinated by the dolls until One notices that the dolls are made from human flesh. Shocked by the revelation, Two throws away the doll she's holding while the group ruminates over the fact that all of the ornaments they've encountered within the castle are made from humans, most likely, the children that were taken by the Lord of the Land of Sands.

Having succeeded, the head of the group, One, divided the land among the sisters. Two became the ruler of the Land of Sands.

Two, along with the rest of her sisters is summoned to Cathedral City by One. She is the first one to arrive, reaching the city on January 27th, 999. The sisters face off against Zero on March 3rd, 999 and emerge victorious from the battle. Two returns back to the Land of Sands to rule it once more.

In the aftermath of the campaign against the warlords, Two and her chosen disciple Cent continued to defeat monsters across the world and took in orphaned children from the various regions. While they did this, Cent and Two became more and more enamored of each other. Traveling to the Cathedral city to take the children for a picnic, the pair found that the city's soldiers have been turned into undead by some form of curse. The two reluctantly fought their way through to the crypts, where the children had been hiding under the care of soldiers assigned by Cent. They eventually discovered that Cent's soldiers had also been infected and were forced to kill them, further upsetting Two. When they arrived, they find a monstrous Homonculus who had absorbed all the children. As she fought the beast, Two gradually loses control of her mind as the guilt of the people she had killed came to haunt her and she heard the voices of the children calling to her. After killing the Homonculus, Two's mind broke entirely and she entered a catatonic state.

One year later, Zero returns to fight her.

Two is still in her fragile state when Zero comes and confronts her. Cent, however, convinces her to sing and they summon Egregori to fight Zero. After Zero wins the battle, Two manages to utter Michael's name before being burned alive by his reincarnated form, Mikhail.

Two arrives at the Land of Forests to kill her sisters. After, impaling One, she is confronted by Zero's party. Dito is then killed by Cent, who wishes to defect to Two's side. Two commands Cent to kill his former allies, which he gladly obliges. Cent kills Octa, but is fatally wounded by Zero. Two manages to kill Decadus, but she also suffers a fatal wound. With their dying breath, the couple uses their power to summon Raphael.

Two fights Zero in the Cathedral City. She is impaled by the disciples. In a final attack, Two self destructs, taking the disciples with her.

Two is absent and implied to be dead before the Branch.

Two's mental instability led to her being temporarily consumed by the flower and her body is immobile. In the depths of her consciousness, she is fighting the flower's influences throughout this branch.

Two regains her consciousness, snapping out of her catatonic state. This is enough for her to speak to Cent one more time. She then either kills herself or asks Cent to do so.

Two is somehow revived and fused with Cent as a Nightmare in the Library, SINoALICE's main setting. While the couple is mute in their first encounter with Zero, Gishin and Anki muse that they became that way because their souls are instinctively drawn to one another. When Mikhail mourns that they should have peacefully reunited in the afterlife, the marionettes jeer that "that world" is unknown to them. They presumably perish when Zero strikes them down during the event's finale.

Two is a bright and cheerful young girl who can get along with just about anyone. She likes to express her feelings even to someone who isn't special to her and genuinely believes her powers can be used to protect the common folk. She's so energetic that people actually try to avoid her. Two likes to cook in her spare time and is very good at it according to Five. She likes to play with the children in the Land of Sands. Two is very motherly, being very considerate of her subjects and thinking of them as her family.

Two is deeply in love with Cent. She gets flustered and constantly aroused by his suave personality and ravishing good looks. She believes he shares her affections and truly understands her.

Character designer Kimihiko Fujisaka has said in a Famitsu interview that Zero's design was the first to be approved by Taro Yoko. He wanted more female characters to interact with her and requested for Fujisaka to "think Puella Magi Madoka Magica" when designing her sisters. Two was created with "underwear" and "Lolita" as her themes.

Artwork of Two with her Intoner sisters.

Two and her sisters

Two and the other Intoners
Add a photo to this gallery

Intoners & Mikhail.
Add a photo to this gallery 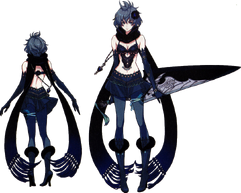 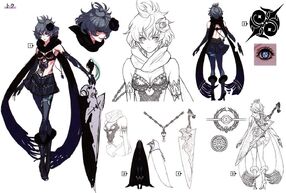 Concept art of Two
Add a photo to this gallery

Artwork of Two's novel.
Add a photo to this gallery 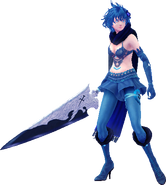 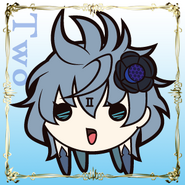 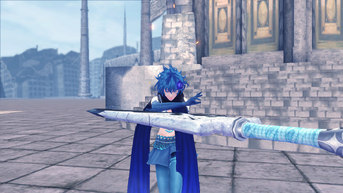 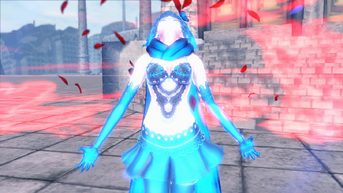 Two activates her Intoner Mode.
Add a photo to this gallery 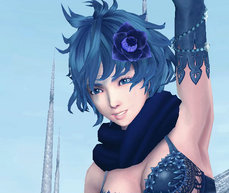 Two calling out to Zero.

Cent with a catatonic Two.

Two in a trance.

Two about to sing.

Two before she gets incinerated.

Overdoing It? All 4 disciples stab Two.

Two activates her self-destruct.
Add a photo to this gallery

A beautiful Intoner and a young man lived together.

The Intoner was a kind and cheerful young girl.

This story belongs to them. The story of... two people in love.

The kind Intoner raised all the orphans she gathers from various lands.

In the aftermath of that battle, the Intoner's heart was irrevocably broken.

An older Two and Three. 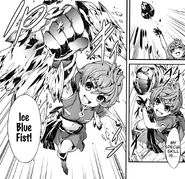 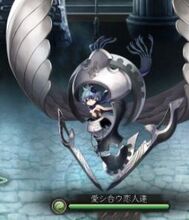 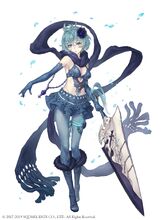 Two/Breaker artwork
Add a photo to this gallery

Retrieved from "https://drakengard.fandom.com/wiki/Two?oldid=19290"
Community content is available under CC-BY-SA unless otherwise noted.