Seere is an ally character in Drakengard. He returns in Drakengard 2 as a non-playable side character. He is Manah's older twin brother and, as such, he felt it was his fault Manah was neglected and abused by their mother who loved him rather than her. Seere formed a pact with Golem in exchange for his "time" (the ability to age), thus he can never grow up.

Seere is the last descendant of a generation of golem sorcerers. Unlike Manah, he inherited the gift to control the stone guardians from his parents. This is implied to be one of the main reasons why his mother favored him the most between the twins, and he was smothered by her affections. He liked the fairytale of the Little Hero his mother told him. Although he loved his mother, he also felt particularly guilty for his sister's neglect.

During the course of the main story, his home is attacked and ransacked by the Empire. Ordinarily, a pact requires a particular individual to have experienced a severe trauma or distress in order to complete. In this case, Seere's mother sacrificed herself to form the contract between her son and Golem. After the pact was formed, she perished. Seere lost both her and his father in the attack; he was only able to survive due to his mother's sacrifice.

Sometime after his village falls, he encounters Caim and company. He joins them to search for his lost sister. Once he learns from Angelus of his price for the pact, Seere tries to convince himself that he became the Little Hero. In one of the story paths, he is held captive by goblins and Caim's party has to rescue him by fighting in the Coliseum.

the Anguish of an unsmiling Watcher Seere doesn't appear in this branch.

flowers for the Broken spirit Seere accompanies Caim until the final battle with Furiae. It can be assumed that he was eventually killed by the many clones of her monstrous form.

a Companion's eternal farewell The uprising of the dragons probably resulted in Seere's untimely death.

the wild dreams of a Deluded child Seere finally reunites with Manah only to feel more guilt seeing what became of her. Once he sees for himself that she is a lost cause, he gives up and permits Golem to kill her. After the death of the Priestess, Grotesqueries and the Queen-beast enter the world from the crimson sky. Caim and the remanining party members devise a plan to place Seere on top of the Queen-beast, freezing the monster in time forever.

Note: This branch ties into the events of Nier.
After the death of the Priestess, Grotesqueries and the Queen-beast enter the world from the crimson sky. Instead of listening to Seere's tale of the Little Hero, Caim and the red dragon decide to attack the Queen-beast themselves, leaving Verdelet and Seere behind to an uncertain fate.
Note: These events DO NOT follow Branch A of Drakengard.

After Angelus became the new seal, Seere is revealed to have prophetic abilities and predicts the arrival of a savior and directs Verdelet to Nowe. Verdelet decides to take Seere under his wing as a priest and his successor.

In Drakengard 2, Seere is already the Hierarch and helps rule the new government. At the start of the game Nowe meets him multiple times at the Grand Shrine of the Knights of the Seal, and he praises Nowe as the "savior". He resides in Heaven's Clocktower, at the District of Heavenly Time, where Nowe and Manah meet him once more during their attack.

Seere is overjoyed to see Manah alive again, but pleads that they stop attacking the districts. When the seal of time is broken, he expresses his disappointment that Manah had once more brought chaos to the world.

Branch A Although Nowe refuses his fate as the New Breed, the army of Holy Dragons emerges to battle the Gods. Seere leads an army of Golems to neutralize them. He then proceeds with the ceremony to make Eris the goddess seal, once more returning the world to its normal, if melancholy, state.

Branch B Nowe accepts his fate as the New Breed and, after battling the Bone Casket, he and Eris follow the Holy Dragons into battle against the Gods. The goddess seal would no longer be needed if victory could be achieved. Likewise, the dragons are not an enemy in this ending, so there is no need for an army of Golems either. Seere's presence at the Promised Land is rendered unnecessary.

Branch C Although at first Nowe volunteers to become the New Breed, he once again rejects the idea as he sees Legna's true intentions. The army of Holy Dragons emerges, and Seere's army of Golems defeats them. However, with Legna's defeat the gods inexplicably fade away. The goddess seal is no longer needed. Notably, Seere expresses slight envy that Manah would never smile at him the way she does at Nowe.

The Garden of Light

The World of Dragons Seere is the first descendant of the high priestess of the Cult of the Watchers and Manah's twin brother. Although he vowed to protect his little sister, he is consumed with guilt for actually hating her. He desperately wanted ALL of his mother's love and affection. He was secretly pleased when his mother died because that portion of love that was given to Manah was also dead. As the followers of the Cult of the Watchers began to view Manah as the reincarnation of the Holy Mother, he increasingly becomes fearful of not only his sister but those who followed and loved her unconditionally. He eventually runs away.

The World of Humans Record unavailable.

The World of Demons Record unavailable.

The World of God Record unavailable.

Seere is young, but age does little to tarnish his innocence. He is hard-pressed to see the darkness in people's hearts. More than anything, Seere is afraid of being alone and forgotten. He wants only to be loved, and not to burden anyone.

As a child, Seere enjoyed being surrounded by people. Seere desired to be reunited with his twin Manah more than anything, and searched for her even amidst the battle to protect the seals.

Seere is not very skilled in battle, but his pact with Golem's given him a lot of power. In Drakengard 2, it is revealed that he possesses a prophetic ability, which is why he's chosen to be the Hierarch's successor.

Cavia developers almost consider him to be a joke character due to his persona being so starkly different from the rest of the main cast in the first game. Takuya Iwasaki feels that he is imperative for at least explaining Manah's actions and past to the players; otherwise, she would be a flat antagonist. The twins were roughly based on Natalie Portman's twelve year old character in Léon: The Professional. According to his comments in the Dengeki Online interview series, Seere's character and story for the first game was penned entirely by Taro Yoko.

While Yoko was okay having a child voice the twins' lines in Drakengard, Sawako Natori, one of the main scenario writers, wasn't. Natori remembers feeling very apologetic watching a young girl and boy speaking the dark lines she had penned.

Dengeki Online conducted a follow up interview series to their character popularity poll with series's producer Takamasa Shiba and series's character designer Kimihiko Fujisaka. Shiba openly loathes Seere and considers him irritating. He felt haggled when the development team for Drakengard 3 kept asking him to include or reference Seere in the game. Fujisaka commented that his concept to make the twins identical was straightforward, but it was an obstacle for him to design.

Seere and Golem.
Add a photo to this gallery 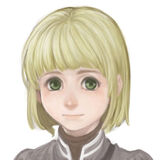 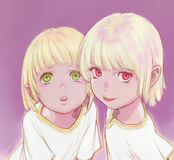 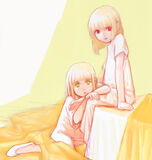 Seere with the Drakengard 2 cast.

Seere with Golem in the background and Manah in the reflection.
Add a photo to this gallery

Nowe, Manah with an orphan, Seere and Eris in the Garden of Light novel.
Add a photo to this gallery

Retrieved from "https://drakengard.fandom.com/wiki/Seere?oldid=18784"
Community content is available under CC-BY-SA unless otherwise noted.