Two uses the power of song to summon Egregori's fist to attack enemies.

After the Intoners were reborn Egregori was able to come in material form.

Branch A
Egregori first appeared in he Land of Forests to kidnap Mikhail after he went feral and take him to the Land of Sands. They then are summoned by Cent and Two to battle Zero. After its defeat, Mikhail incinerates Two. 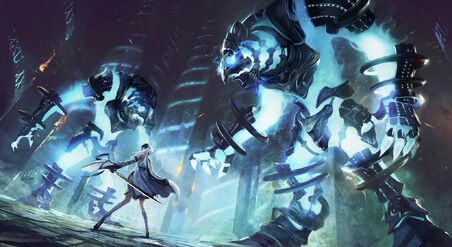 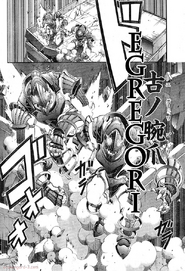 Retrieved from "https://drakengard.fandom.com/wiki/Egregori?oldid=17633"
Community content is available under CC-BY-SA unless otherwise noted.